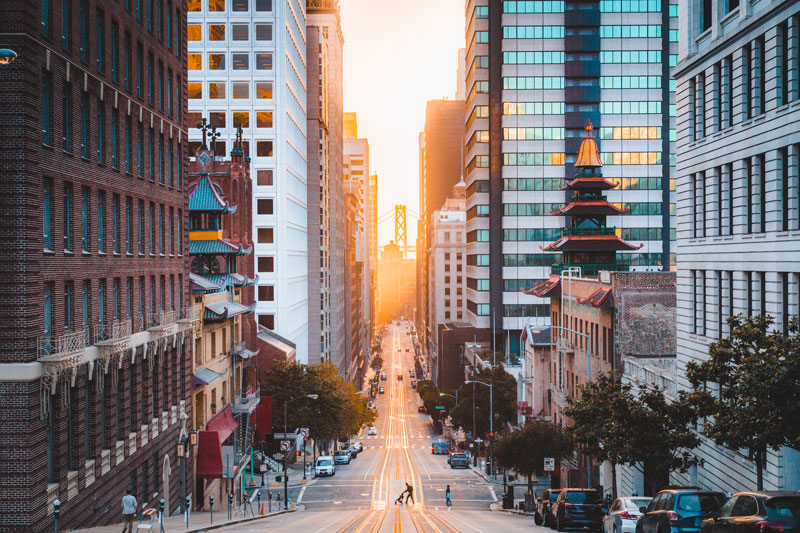 Street canyons: the fun, the bad, and the dangerous

I grew up in a suburb of Stockholm. It was one of those suburbs built in the 60ies with great intentions and visions of a prosperous future for all. It was ugly and attempted to be practical. I sometimes feel that the frantic rush towards the future and fast construction resulted in many construction companies and architects being a tad sloppy with the planning of the individual houses and blocks.

This lack of attention to detail led to many moldy buildings and places with exceedingly peculiar aerodynamics. One example of such a place is the so-called “blåshålet, “a place with perpetual high winds. I had to walk through “blåshålet” every day when I went to school. Some windy days it was like being hit by a wall of air so strong it could knock you over, especially as a child.

This place, “blåshålet,” was a so-called “urban canyon” or “street canyon” that had been created between two high buildings, and though it may sound all fun and games, urban canyons can cause immense troubles for city dwellers, especially if you scale up the effect.
Imagine a city like NYC, Toronto, London… In these large cities, this seemingly minor issue becomes multiplied and rather destructive when considering the sheer number of high buildings and areas covered.

But the problem is not only localized peculiar aerodynamic effects, such as localized solid winds but that urban canyons also often trap pollution at ground level, causing substantial health issues on a global scale.

Half of the world’s population lives in areas where outdoor air pollution exceeds the public health standards set by the World Health Organization (WHO). The primary air pollutants in urban areas are nitrogen dioxide (NO2), sulfur dioxide, and particulate matter (PM). Annual deaths caused by PM2.5 (particles with an aerodynamic diameter of less than 2.5µm) and NO2 pollution is now twice the number of those killed in traffic accidents, namely 3 million people per year [1]. Other pollutants include ground ozone and sulfur dioxides.

Attempts to reduce these harmful pollutants have been going on for years, with the effort being centered on (1) reducing emissions, (2) locating emitters far away from the cities, or (3) ensuring that the atmospheric dispersion is increased [2]. A fourth method is that of mitigation, and this is where green infrastructure comes into play. Albeit, green infrastructure can also play a role in reducing dispersion such as when shrubberies or green walls are placed between the traffic and pedestrians [3].

Green infrastructure includes various measures ranging from trees, green walls and roofs, park landscapes, shrubberies, and much more. The mitigation effect is centered around the fact that pollutants readily deposit onto vegetation compared with other materials of the urban landscape such as stone and asphalt [4][5][2].

I would like to clearly point out that this blog article is addressing the effect of green infrastructure on air pollution and is not addressing any of the other clear benefits of adding green infrastructure to cities such as stormwater management, reduction of heat island effects, reestablishment of the natural water cycle, and, of course, increased biodiversity and mental health well-being. The aim of this blog article is to highlight the complexity of using green infrastructure as a pollution capture mechanism so that we can make the best possible decisions for our current and future cities.

What are urban canyons?

In urban canyons, the so-called eddy circulations are mostly isolated from the urban boundary layer (UBL). The isolation of the eddy circulation from the UBL results in significantly increased air residence time within the urban canyon [6]. Interestingly, residence times increase further with decreased above-roof wind speed or if the aspect ratio of the canyon increases, i.e., the ratio of the heights (H)/ Width (W) [6].

In short: the effectiveness of vegetation as an air-cleaning filter varies a lot and is mainly determined by wind speed, canyon shape, and vegetation surface properties. As air resides longer in deep canyons with low wind speeds, we can expect a more substantial effect of vegetation-based air filtering in those cases. These are also often the canyons with the highest pollution levels.

The use of green infrastructure to alleviate air pollution

Green infrastructure provides a high surface area for pollution deposition, acts as a permeable barrier, and can alter local air dispensation patterns. However, the real impact of green infrastructure on air quality is complex and is depending on a range of parameters such as local meteorological conditions, urban canyon geometry, and vegetation characteristics such as geometry and transpiration rates [8][9][10].

A study by Pugh et al. 2012 [2] took air residence time into consideration in their models. It concluded that the simple addition of vegetation to street canyons can reduce street-level concentrations of up to 60% for PM and 40% for NO2. These high numbers assume that the vegetation is planted in an optimal configuration for that specific canyon and ideal vegetation selection.
One way to achieve such an “optimal” configuration of the vegetation is to install green walls or living walls on the canyon's buildings. The benefits are several ranging from efficient use of space, noise reduction, heat island cooling (that indirectly has a positive effect on air quality), and higher urban biodiversity [11][2].

The modeling work by Pugh et al. 2012 also showed that only by greening the canyon walls, PM10 and NO2 could be reduced by 11-31% and 7-20%, respectively, as also cited by the European Commission’s Policy Brief in 2012 [12]. This underlines the importance of green walls in the mitigation of air pollution. Nonetheless, though these efforts can have an immense impact on the local scale for health and wellbeing, they might not have a noticeable effect on the city scale. Hence, we should not fall into the trap of thinking, “let’s add green infrastructure and continue with business-as-usual with emissions.” That strategy is bound to fail.

Though it might seem logical to assume that a green roof on top of a house in a street canyon would contribute little to removing pollutants. That assumption is, however, often flawed due to some amazing complexities of atmospheric chemistry.
Several studies have confirmed that green roofs can remove pollutants from a cityscape. Yang et al. 2008 [13] found that the removal rate of green roofs in Chicago was 85kg/ha/year. Intensive roofs were more efficient in removing pollutants than extensive roofs. Other studies, carried out in Manchester, UK, and Melbourne, Australia, also show significant pollutant removal rates by green roofs [14][15]. But these studies only look at the direct capture of the green roofs. The story is much more intricate than that.
The most interesting effect is perhaps the temperature reduction by green roofs, where 20°C roof surface reduction is not uncommon. A modeling study by Ouldboukhitine et al. 2014 [16] showed that green roofs were capable of reducing street canyon ambient air temperature by 0.8°C. This reduction in temperature reduces the rates of the chemical reactions that are responsible for poor street-level air quality.

This cooling also leads to a change in the aerodynamic patterns of the urban canyons: the cool air flows down into the street canyon, breaking up the boundary layer and so increases ventilation and dispersion of the pollutants. A modeling study showed a reduction in local street level pollutant levels of 30-57% due to green roofs [17]!

Green roofs have incredible potential in reducing urban air pollution; we simply must be clever in how we design green roofs to optimize the effects. Again, this highlights why it is critical to thoroughly discuss the purpose of the green roof with architects and project managers before drawings are made. It could be that stormwater and/or biodiversity are more critical targets for a specific project. Of course, the optimal roof for a project is able to handle all of these simultaneously, but sometimes, budget and other constraints force us to choose what to put our focus on. And that is perfectly fine. 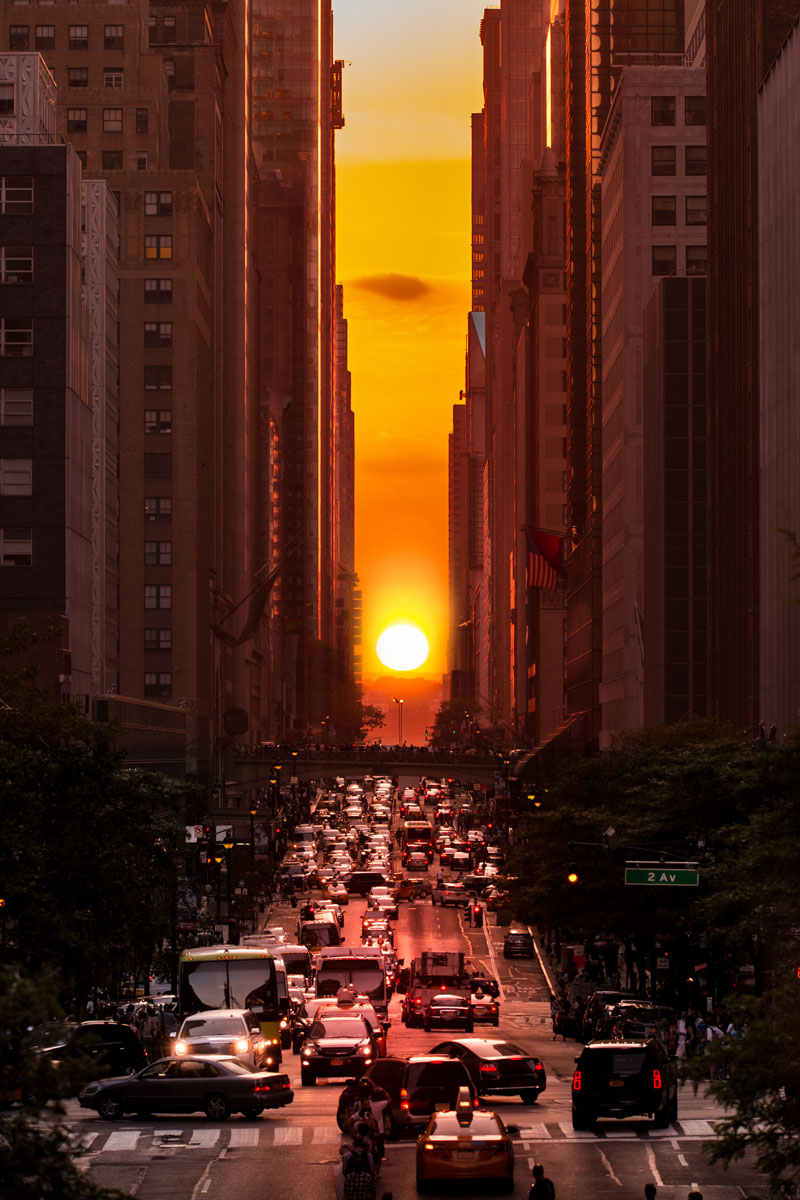 Living walls and green facades are generally good options for local air pollution reduction in urban areas. Green facades usually refer to walls covered with climbing plants, whereas living walls support a wider variety of plants that can be planted along the wall. In general, green walls are more efficient in reducing PM than gaseous air pollution [10].

Several studies report PM-removal efficiencies of around 40% for so-called active green walls. Active green walls are often used indoors to improve air quality and use active mechanical transfer of the air through the substrate to achieve this [10].
There are many more uses of green walls and facades than merely on houses. A proven and highly effective method of pollution capture, and direct protection mechanism of the urban inhabitants, is the use of green walls as a barrier between traffic and pavements, and housing. The barrier results in a significant drop in the toxic particle concentration, often as much as 50% [18]. Also, here, there are several factors to consider such as wind speed and direction, species, humidity, and barrier dimension to achieve the best result.

There is a significant difference between species when it comes to dry deposition rates of pollutants. Extremely high deposition rates of 11mm/s have been determined for some urban trees whereas nearby grass had deposition rates of 3mm/s [19]. However, that does not mean that trees are always more effective than grass in depositing pollutants. Trees might, in some cases, even exacerbate ground-level pollution due to the trapping of air at ground level by the foliage.
Hence, the addition of the greenery must be done carefully and thoughtfully, with the in-canyon air circulation, as well as the location of the emission sources in mind.
Careless addition of trees can result in further trapping of air at street level, where people are the most exposed to these pollutants, resulting in reduced at-grade air quality [2]. Please note that this is not a case against trees. It is a case for the correct positioning of the trees.

It should be noted that though vertical forests can be beautiful, they have little effect on air pollution removal as they neither have a closed canopy for slowing airflow nor an open-top green oasis [20].

The importance of evapotranspiration and the future climate

Another method by which plants can capture pollutants is through their gas exchange cavities, the stomata. Pollutants are taken up through and diffused into the intracellular space. The rate of this process is depending on the evapotranspiration rates. A range of studies has found that plants with large surface areas and high transpiration rates were the most effective in removing pollutants from the air. However, for the vegetation to be effective, there are many other things than maximum deposition and evapotranspiration rates to consider, such as plant geometry and placement.

We must also plan for a future with a vastly different climate than the current, which means taking a good look at the climate models for your specific location and then, select your species. Plants in poor health show lower deposition rates compared with healthy plants [3].

We must not forget that urban greening brings with it a multitude of benefits such as stormwater management, a reestablishment of the natural water cycle, increased biodiversity, reduced heat island effects, noise reduction, and improved mental health. Add to this list also pollution reduction and immediate improvement of urban health. This is achievable with just a little thought and consideration before the installation (with a clear ROI).

Some online tools are available to help with species selection:

Though these tools are excellent, the plants must also thrive to do their “job” properly. They might be exposed to extreme temperatures due to the Urban Heat Island Effect (UHI), low water availability, and/or poor soils.

Reach out to the author of this article on LinkedIn: Dr. Anna Zakrisson