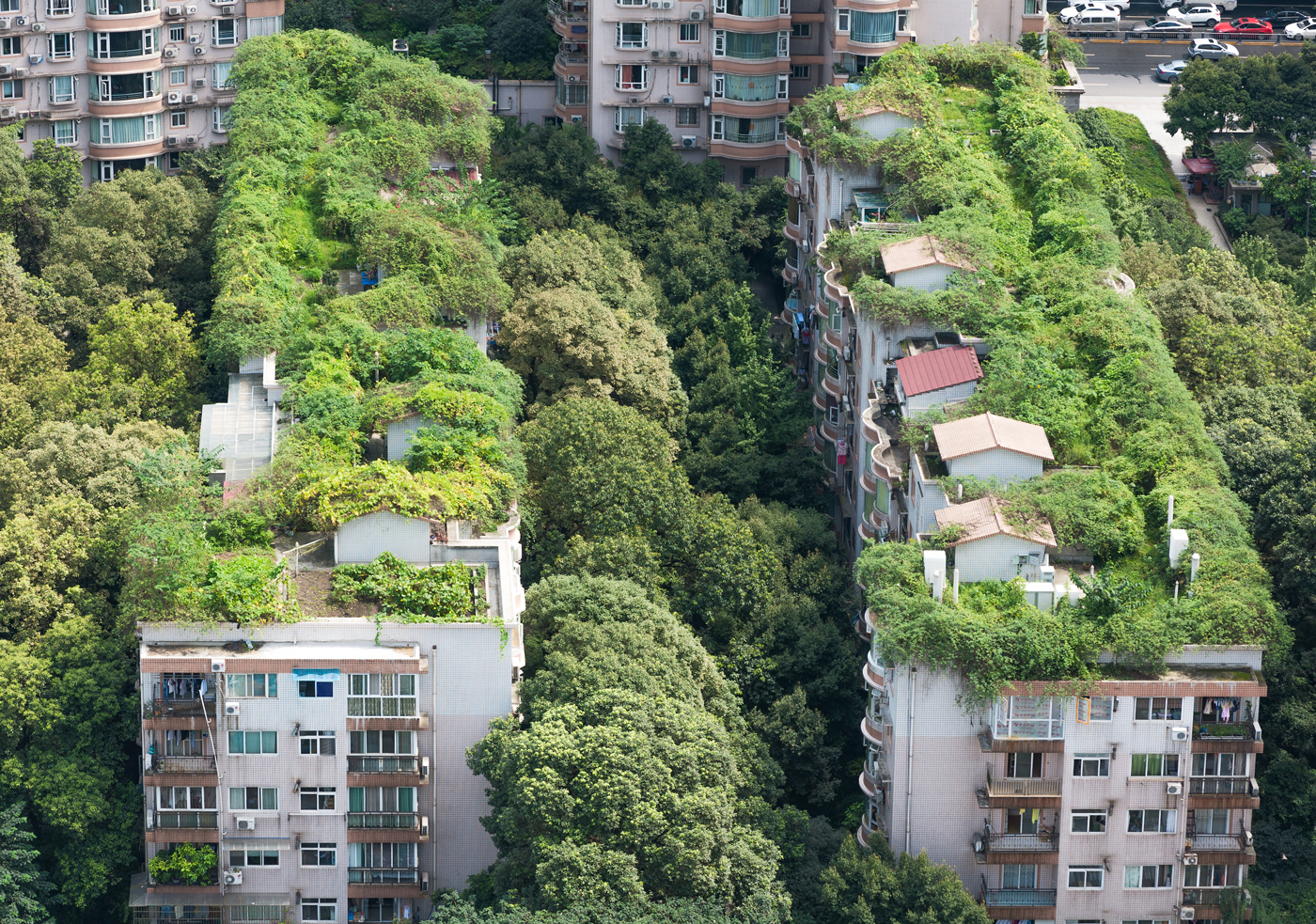 Urban resilience and our future

Humanity is moving to cities. Currently, more people live in urban areas than in the countryside, and the trend is increasing. We have created an urban jungle, and it’s about to get wilder over the years to come.

We also haven’t quite figured out how to make this jungle function so that it becomes resilient and sustainable.

One question is how to deal with stormwater. We have created an asphalt, glass and concrete jungle with impervious surfaces. These surfaces hardly have any absorbent properties. How should we capture all that rain that used to be absorbed by the soil and vegetation?

Now, when it rains in a city, the water simply flows down from the roofs and onto the streets. The water isn’t absorbed anywhere along its journey. These rain events wash away all the airborne man-made pollutants. Just look at a pile of freshly plowed snow in the parking lot. As that snow pile melts a few days or weeks later, it leaves behind a pile of dirty grey and brown ‘muck.’ This is a highly polluted runoff that needs to be contained and send off to a water cleaning facility.

Even moderate rain events can result in flooding and sewage systems overflowing.

The storm brings with it all the air pollution and flushes through the streets and, sometimes, basements. The water might even carry bacteria from the sewers, making people sick, or cause substantial financial damage through the sheer force of the water masses causing stream erosion and flooding.

The more we build, the more vulnerable we’ll get to flooding, increased heat, and pollution. We become less and less resilient.

However, this must not be the case. Green roofs can be a solution to making lives in cities worth living.

Green roofs can ensure that stormwater is retained and detained and so ensure that sewers won’t overflow and that the total amount of water received by the water treatment plants is reduced.

Green roofs also offer economic sustainability: a clear ROI for the individual buyer. Stormwater detention is the key to this. Retention only captures 80% of the frequency of the storms, representing merely 50% of the precipitation. With the right materials, it is possible to capture the remaining storms, using detention, and slow down the water flow to the sewers.

Thus, you ensure that your basement isn’t flooded. You save space and money by not having to build overflowing solutions such as bioretention tanks, or ponds. This extra space can be used for further development and investment. It also helps to prevent urban sprawl.

Resilience is defined as:
“The amount of disturbance that a system could withstand without changing self-organized processes and structures (defined as alternative stable states).”

In short: a resilient system can withstand change. Some people are like that – no matter what life throws at them, they stand up and continue. That’s psychological, or mental, resilience.

The same is true for an urban system: if the system is set up so that functionality is optimized resiliently and sustainably, it will be able to withstand the increasingly extreme weather conditions as well as the growing populations.

Below is a graphical representation of the concept of resilience.

The system in the image is in a stable state. It is considered stable because a substantial amount of energy is required to push the system over the threshold, or tipping point, to a new state. The system is resilient as it can withstand small and moderate disturbances and will return to its original position given some time.

A stressed system is less resilient than one that is not. If your green roof is stressed: perhaps it has the wrong soil and the wrong plants for your climate? It is easy to see how such a system could crash. Small additional disturbances, such as mild infections, that normally would not cause much damage, can turn out to be devastating for plants that are already weak. The system moves into a new stable state.

Remember that the most stable state of all is death.

You can never fully restore a system that has flipped to a new stable state. It may require a lot of work to return to a healthy roof, such as entirely replacing soil and vegetation, which is very costly.

This is what we want to avoid. We want to ensure that our system remains in the first stable state and is not jumping around from one state to another because every time the system jumps, it loses energy and complexity and what was lost can never fully be restored again.

In the image above, you can see that the first system state is more resilient than the new system state due to the threshold being higher than for the second stable state.

Resilience means that your system is good dealing with change.

Independent green roof research is essential, and it is vital not to forget central parts of the puzzle, such as soil biology or the ROI of a green roof: detention.

Still, we should not stop there. We should zoom out and look at the market. If we build resilient and sustainable roofs, the market will gain global stability and economic resilience, something we all stand to gain from.

I have just thrown around two terms: resilience and sustainability, but what is the difference between these two terms?

If resilience is the ability to bounce back after disaster, sustainability implies continuity and that something will not run out. It is a replenishing system. What is taken out is put back, replenished. Sustainability also often deals with longer time-spans compared with shorter time-spans for resilience.

The three pillars of sustainability

There are three pillars of sustainability that all must be considered if we want the green roof industry to become sustainable and large-scale resilient.

Green roofs have the potential to become a central factor in creating a sustainable urban environment. However, for this to happen, green roofs must provide a clear ROI and ensure that detention and nutrient runoff have been fully considered.

In short: even if a person has the best intentions for the environment, that means little if the technology is too expensive or if the solution provides no ROI. Even if a person has money, for the mass market to adopt green roofs, there still have to be incentives for investing in a green roof. We don’t believe that a market based on government rebates, or credits is the best approach. It helps, but one transfers the financial burden from one person to the other.

The absolute best way to contain a storm is to start as close as possible to the source. The roof literally represents that opportunity. We believe that green roofs are critical for a resilient urban future! We are also happy to see that some in the green roof industry dealing with the past weaknesses of green roofs such as second-day stormwater retention and nutrient runoff.

We are on a good way to a resilient and sustainable future!

Don’t hesitate to contact our experts if you have any questions!